3） use of transitional words

4） use of consistent pronouns.

5） use of logical order

6) use of colons and semicolons

1）use of repetition to link ideas, sentences, and paragraphs.

Most students are intimidated by the works of William Shakespeare. They believe Shakespeare’s sonnets and plays are far too complicated to read and understand.

2) use of synonyms to link ideas, sentences, and paragraphs.

Parents actually expect kids to contribute their time to doing some household tasks, even though the tasks may not be fun. When kids get involved in household chores, they will recognize that a clean bedroom will bring a nice mood to the whole family.

3) use of transitional words to link ideas, sentences, and paragraphs.

例1: The girl is in favor of small animals, like cats and dogs, but she is afraid of fierce animals. Similarly, her little brother is terrified when someone mentions animals like lions and tigers. 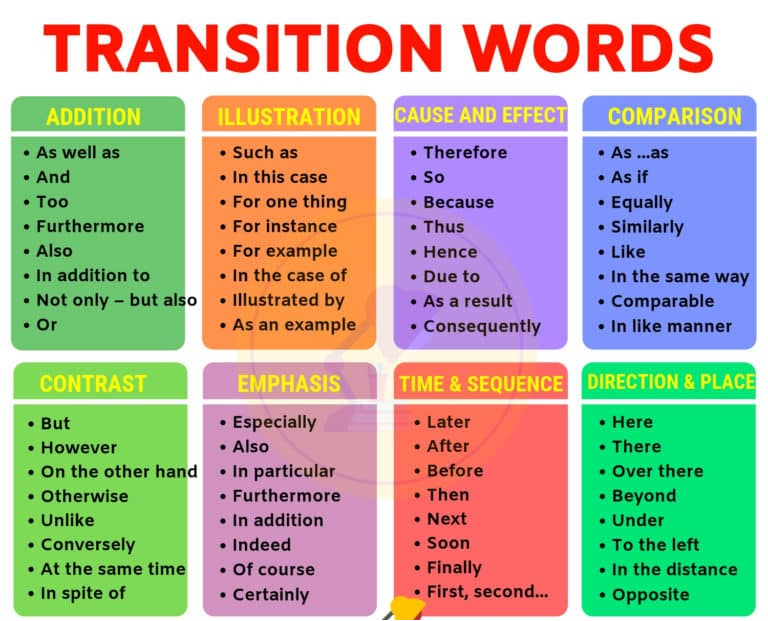 4) use of consistent pronouns 代词使用的一致性

With the good news that Shanghai is gradually relaxing its strict COVID-19 lockdown, Song Renka, a 27-year-old passionate biker who has been cycling since her teens has been able to hop off her stationary bike at home and once again take to the city streets dressed in her coolest skirt.

Every so often, someone on Twitter starts a fight (as one does) about the difference between romances and romantic comedies. This might seem like a silly argument, but the distinction is important.

5) use of logical order 使用一定逻辑顺序展开

e. Cause and effect 因果

Making friends in the gym is fun, but there is no strong bond between you and your gym buddies. On the contrary, you can develop deep connections with your extreme sports teammates.

The process of machine translation of languages is complex. To translate a document from English into Japanese, for example, the computer first analyzes an English sentence, determining its grammatical structure and identifying the subject, verb, objects, and modifiers. Next, the words are translated by an English-Japanese dictionary. After that,…

6) Use of Colons and Semicolons 使用冒号或分号

例1:The professor covered many etiquette topics before beginning class: talking, sleeping, and use of cell phones.

例2: I’m a cat person by nature; John, on the other hand, likes dogs.