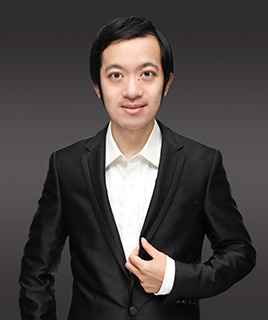 Although this rise of oil is almost always carefully controlled today, spouts of oil, or gushers, were common in the past.
Which of the following can be inferred from paragraph 3 about gushers? ○They are unlikely to occur nowadays.

To twentieth-century eyes, Chinese pottery may appear merely decorative, yet to the Chinese the form of each object and its adornment had meaning and significance. Only when European decorative themes were introduced did these meanings become obscured or even lost.
11. Paragraph 5 suggests which of the following about the decorations on Chinese pottery? ○Their significance may have remained clear had the Chinese not come under foreign influence.

例4：（TPO 7 The Geologic History of the Mediterranean）
Sediment above and below the gypsum layer contained tiny marine fossils, indicating open-ocean conditions.
4．Which of the following can be inferred from paragraph 3 about the solid gypsum layer? ○It did not contain any marine fossil.

However, unlike the cases of sea otters and pinnipeds (seals, sea lions, and walruses, whose limbs are functional both on land and at sea), it is not easy to envision what the first whales looked like.
2. Which of the following can be inferred from paragraph 1 about early sea otters? ○It is not difficult to imagine what they looked like.

例6：（TPO 5 The Origin of the Pacific Island People）

例7：（TPO 5 The Origin of the Pacific Island People）

Pacific islanders are variously thought to have come from North America, South America, Egypt, Israel, and India, as well as Southeast Asia. Many older theories implicitly deprecated the navigational abilities and overall cultural creativity of the Pacific islanders. For example, British anthropologists G. Elliot Smith and W. J. Perry assumed that only Egyptians would have been skilled enough to navigate and colonize the Pacific.
5. Which of the following can be inferred from paragraph 2 about early theories of where the first inhabitants of the Pacific islands came from? ○They assumed that the peoples living in Southeast Asia did not have the skills needed to sail to the Pacific islands.

The final major human cause of desertification is soil salinization resulting from overirrigation. Excess water from irrigation sinks down into the water table. If no drainage system exists, the water table rises, bringing dissolved salts to the surface. The water evaporates and the salts are left behind, creating a white crustal layer that prevents air and water from reaching the underlying soil.
9. All of the following are mentioned in the passage as contributing to desertification EXCEPT
○soil erosion
○global warming
○insufficient irrigation
○the raising of livestock
解析：C选项“insufficient irrigation”和原文“overirrigation”矛盾。

例2：（TPO 3 The Long-Term Stability of Ecosystems）

Paragraph 3: The earliest ceramics were fired to earthenware temperatures, but as early as the fifteenth century B.C., high-temperature stonewares were being made with glazed surfaces. During the Six Dynasties period (AD 265-589), kilns in north China were producing high-fired ceramics of good quality. Whitewares produced in Hebei and Henan provinces from the seventh to the tenth centuries evolved into the highly prized porcelains of the Song dynasty (AD. 960-1279), long regarded as one of the high points in the history of China's ceramic industry. The tradition of religious sculpture extends over most historical periods but is less clearly delineated than that of stonewares or porcelains, for it embraces the old custom of earthenware burial ceramics with later religious images and architectural ornament. Ceramic products also include lead-glazed tomb models of the Han dynasty, three-color lead-glazed vessels and figures of the Tang dynasty, and Ming three-color temple ornaments, in which the motifs were outlined in a raised trail of slip—as well as the many burial ceramics produced in imitation of vessels made in materials of higher intrinsic value.
5. Paragraph 3 supports all of the following concerning the history of the ceramic industry in China EXCEPT:
○ The earliest high-fired ceramics were of poor quality.
○ Ceramics produced during the Tang and Ming dynasties sometimes incorporated multiple colors.
○ Earthenware ceramics were produced in China before stonewares were.
○ The Song dynasty period was notable for the production of high quality porcelain ceramics.
解析：A选项“poor quality”（not good quality）和原文“During the Six Dynasties period (AD 265-589), kilns in north China were producing high-fired ceramics of good quality.”矛盾。